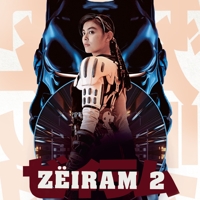 The story so far: Upon successfully wrapping up an important case, the beautiful intergalactic bounty hunter Iria returns to Earth. Along with her computer, Bob, and her assistant, Fujicrow, she is assigned a new android trainee. Unfortunately, inside the android resides the most cunning combat life form in the universe – a vicious Zeiram unit!

When the android is damaged during combat, Zeiram emerges and begins to terrorize Iria and her comrades with its wide variety of weapons. Trapped in a dimensional Zone, Iria will have to face down the monster one-on-one if anyone is going to get out alive.

Anime Rating
10.0/10
7 users rated this.
Similar in these categories.