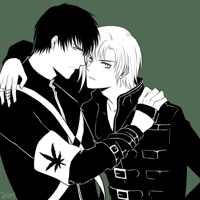 When Kazahaya Kudo collapsed in the snow one night and on the verge of death, he is rescued by a mysterious young man, Rikuo Himura, who takes him back to a pharmacy named the Green Drugstore.Kazahaya, apparently running from his past, takes up work at the Green Drugstore alongside Rikuo. He comments that although Rikuo rescued him, he really feels indebted to the store’s owner, Kakei, whom he thanks for his current accommodation and job. While their day job is quite simple, the boys are persuaded and, in some cases, practically forced by Kakei to take on strange extra jobs outside the store, which make use of their supernatural powers.

Anime Rating
9.6/10
14 users rated this.
Similar in these categories.