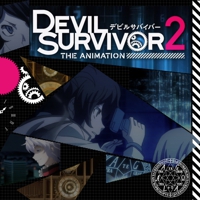 Devil Survivor 2 begins with the protagonist and his friend, Daichi, returning from a mock exam, along with their friend Io. The three of them receive an email on their cellphones from Nicaea, a website that forewarns its users of disasters, or their own death. The email contains a video showing them dying from a freak subway accident. Immediately after, the scene is enacted, but the students survived after being contacted by an avatar from Nicaea. As soon as they enabled the applications on their cellphone, more demons appeared, apparently wanting to kill them. The Protagonist, along with Daichi and Io, defeat the demons and become Devil Summoners, allowing them to summon demons to use to fight along them after fulfilling a contract with them.

After escaping the subway, they come in contact with a secret organization called JP’s led by the 17 year-old Yamato Hotsuin, who reveals to them that Japan, and maybe the entire world, is being ravaged by a group of creatures called the Septentrion, their collective being named after the stars in the Big Dipper constellation. The protagonist’s team then join JP’s effort to defeat the Septentrion and prevent them from destroying the defense system designed by JP’s to protect the few remaining Japanese cities that wasn’t completely destroyed by that time, including Tokyo, Osaka, Nagoya and their neighboring prefectures.

While confronting the Septentrions and gathering allies, the protagonist is frequently forewarned with videos of his companions’ imminnent deaths, and must find ways to prevent them in time, with the risk of losing them permanently if he fails. Another hindrance comes in the figure of Ronaldo Kuriki, who leads a faction of rebel Summoners who oppose JP’s methods. Upon meeting an enigmatic figure introducing himself as “The Anguished One”, creator of the Devil Summoning program, the Protagonist learns that the Septentrions are actually trials sent by its leader and god Polaris, who will reveal itself to define the course mankind would follow in the future should it manages to overcome them.

Near the end of the game, the protagonist’s companions are divided between three factions, one led by Yamato who dreams of using Polaris to create a hierarchical society, with each individual’s worth based on his/her achievements; one led by Ronaldo who envisions an egalitarian society with no distinctions between individuals; and one envisioning Daichi’s ideal of a third option with everyone cooperating for the sake of a brighter future. The protagonist must choose between supporting one of the factions or no faction at all, convincing the Anguished One to help him destroy Polaris and ensure mankind would freely choose its own future without external interference, or gathering all the factions to unite and restore the world. After making his decision, the protagonist must defeat the other factions in battle or convince them to join his cause before confronting Polaris to put an end to the demon invasion and deciding the fate of mankind.

Anime Rating
8.3/10
291 users rated this.
Similar in these categories.