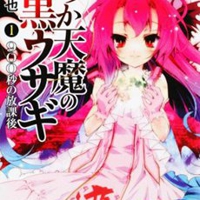 Kurogane Taito is a freshman in Miyasaka High. After an injury that prevented him from practicing karate, which he excelled in since elementary school, he had always believed that he was an ordinary, regular guy. However, due to a forgotten promise exchanged with a beautiful Vampire (Most Ancient Sorcerer) Saitohimea nine years ago, he was in fact no longer ordinary. Taito later went on to regain his memories after a certain incident, and was reunited with Saitohimea. Along with unlikely allies, Kurenai Gekkou, Miyasaka High’s student council president and a genius bent on avenging his parents. As well as Andou Mirai, a cute lightning demon and familiar of Gekkou, they have to contend against Gekkou’s younger twin brother, Kurenai Hinata, who seeks to resurrect the powerful Vampire (Most Ancient Sorcerer) Bahlskra. Unknown to them, their destinies were already woven and foretold in an ancient prophecy of epic proportions.

Anime Rating
7.9/10
210 users rated this.
Similar in these categories.