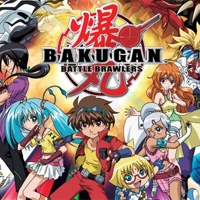 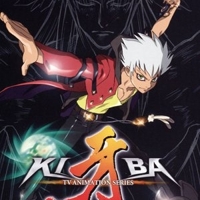 In a dystopian sort of future, two friends dream of freedom. Kiba’s main character is Zed, a 15-year-old boy who lives in a place called “Calm”. Frustrated by his current situation in life he feels that somewhere out there is a place where he can live more fully. One day, at the invitation of a mysterious wind, Zed dives into a space-time crevasse (portal), seeking the answers that might be there. Riding on the wind, he is transported to a war-torn world where magic users called “Shard Casters” fight endlessly with each other, using spells in the form of marble-like “Shards”. He is transported to a country known as Tempura.

With the power of the Shards, the Shard Casters are able to use spells and control monsters called “Spirits”. Fascinated by that power, Zed aims to become a Shard Caster. However, he still doesn’t know that residing in his body is “Amil Gaul”, a mighty Spirit with the power to influence the world’s future. Amil Gaul is one of the “Key Spirits” that, when together with the other Key Spirits, can destroy or save the world. There are a total of six Key Spirits: Amil Gaul, Pronimo, Sachira, Monardi, Jumamis and Shadin.

Zed undergoes countless trials in order to find out who he really is and what is most important to him.

Anime Rating
8.1/10
221 users rated this.
Similar in these categories.