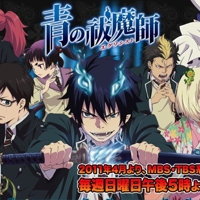 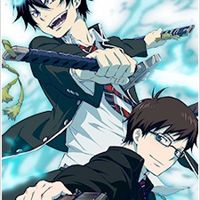 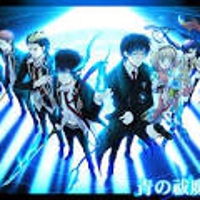 The world of Blue Exorcist consists of two dimensions joined as one, like a mirror. The first is the world in which the humans live, Assiah. The other is the world of demons, Gehenna. Ordinarily, travel between the two, and indeed any kind of contact between the two, is impossible. Demons, however, can pass over into this world by possessing anything that exists within it. Satan is the god of demons, but there’s one thing that he doesn’t have and that’s a container in the human world that is powerful enough to hold him. For that purpose, he created Okumura Rin, his son from a human woman. The killing of Rin’s guardian, Father Fujimoto, in an attempt to bring Rin back to the Demon world, led to Rin’s journey toward becoming an Exorcist in order to defeat Satan.