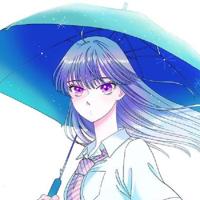 Akira Tachibana, a reserved high school student and former track runner, has not been able to race the same as she used to since she experienced a severe foot injury. And although she is regarded as attractive by her classmates, she is not interested in the boys around school.

While working part-time at the Garden Cafe, Akira begins to develop feelings for the manager—a 45-year-old man named Masami Kondou—despite the large age gap. Kondou shows genuine concern and kindness toward the customers of his restaurant, which, while viewed by others as soft or weak, draws Akira to him. Spending time together at the restaurant, they grow closer, which only strengthens her feelings. Weighed down by these uncertain emotions, Akira finally resolves to confess, but what will be the result?

Anime Rating
8.6/10
169 users rated this.
Similar in these categories.

Beyonder @beyonder commented on Koi wa Ameagari no You ni [TV]
Beyonder @beyonder
Apr 21, 19 at 7:49pm
One of my all-time favorite animes! I've been in an age gap relationship myself in the past! She was 15 years younger than me and we stayed together for 5 1/2 years. Any other age gap enthusiasts here? ^_^
Copyright © 2022 AnimeCon.org and Ani.ME
Your use of this website is subject to the terms and conditions and privacy policy.