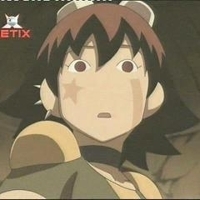 In the year 2082, Earth is already involved in intergalactic activities, and is in bad terms with the Crogs. The Avatar – a mysterious and powerful entity – stops the hostilities between Earth and the Crogs, in exchange for Earth’s participation at the next Great Race Ouban. The winner of this intergalactic race will be granted any wish desired – even resurrecting the dead.

The story follows Eva Wei, an ambitious young mechanic who escapes her boarding school to search for her father. However, she was not recognized by her father, and ended up working as a mechanic for Team Earth instead. After Team Earth was sabotaged on the first race, Eva replaced their injured star-racer as she was the only one who was capable of racing.

Witness 15-year-old Eva Wei struggle her way through and against intergalactic races, with hopes that she may win The Ultimate Prize – and resurrect her dead mother.

Originally produced as a short movie entitled “Molly Star Racer”, Ouban Star Racers is a sci-fi adventure, French/Japanese anime television series created by Savin Yeatman-Eiffel of Sav! The World Productions. In collaboration with Jetix Europe, HAL Film Maker, and Pumpkin 3D, the series aired a total of 26 episodes over 100 countries including Japan, between June 5, 2006 and December 11, 2006.

Eva “Molly” Wei (Main Protagonist)
Eva Wei is the daughter of Don Wei — owner of Wei Racing — the leading company of the racing industry. Practically abandoned, Eva decides to escape the harsh boarding school she was on to look for her father. However, due to have never visited Eva at the boarding school, Don Wei failed to recognize his daughter during their first meeting. Intimidated by her father’s strict demeanor, Eva decides to keep her identity a secret, and assumed the name “Molly”. Thanks to her skill and talent as a mechanic, she landed a job and worked for Team Earth, and later its main driver.

Jordan C. Wilde
Jordan C. Wilde is a young soldier from the army, hired by Don Wei as Team Earth’s main gunner. He is a good shot but tends to overdo things due to his rambunctiousness. He holds an intense grudge against the Crogs, as his grandfather was previously attacked by them. He is very caring and protective of his racing partners, but later developed romantic feelings for Molly.

Don Wei
Don Wei is Molly’s father, and is the owner of Wei Racing. After losing his wife Maya Wei to a racing accident and separation from Eva, Don developed a hostile view against female pilots. He is often arrogant and prideful, and tends to hide his feelings through formalities. He fails to recognize Eva as his daughter on their first meeting, and even mistakenly took her for a boy.

Prince Aikka
Prince and Knight of the planet Nourasia, Prince Aikka participates in the Great Race with his giant flying beetle called G’dar. Chivalrous and skilled in martial arts, Prince Aikka is a great fighter as he is a racer. Molly is attracted to him and finds him cute, much to Jordan’s dismay. Prince Aikka and the Nourasian’s ties with the Crogs furthers Jordan’s hate towards him.

Canaletto (Main Antagonist)
A dark and sinister being who appears as a shadowy figure with flaming eyes and a raven-like head. Prior to Satis, Canaletto was the Avatar but refused to surrender his powers. He was then imprisoned by the Great Beings, fueling his desire to obtain the power of The Avatar once again, and destroy all life across the Universe.

Episode 1: A Fresh Start
Earth is invited to The Great Race of Ouban, an intergalactic race that is held only once every 10,000 years. Meanwhile, Eva Wei escapes her harsh boarding school to search for her father, whom she had not seen for the past 10 years.

Episode 2: Hostilities Break Out
The Earth Team arrives on Alwas for the preliminaries, and discovers that Molly has sneaked to come with them. With no time to argue, the team competes in their first race, but disaster quickly finds its way, as Earth’s star racer meets an accident at the finish line. To make matters worse, their star-racer Rick Thunderbolt is injured, and will not be able to race anymore.

Episode 3: Grave Like Groor
Molly steals the pilot seat and wins the next race. However, Don Wei is not impressed and declares that he intends to withdraw from the competition.

Episode 4: In Like Flint
After winning a race, Molly is attacked by the Groor, but is rescued by Prince Aikka. Molly then proceeds to defeat the hometown favorite Flint.

Episode 5: Cruel Like Ceres
After recovering from his injuries, Rick tries to race once again. However, he discovers that he suffered more than physical injuries, and that his racing career is over.

Story: Ouban Star Racers definitely has a story worth watching. Although it is basically an action show, it tackles emotional aspects, and successfully creates a valuable story through its complications. Eva and her relationship with her father is very interesting, and the development of the events are well paced.
Art: The series uses a mix of 2D and 3D. Although the lack of nose and the 2D aspect might seem to lack, the seamless 3D scenes compensate. The races are well portrayed, enough to keep you thrilled and entertained.
Music: Being a sci-fi series, one would expect futuristic sound effects, and know that Ouban Star Racers will not disappoint. However, the series could have used more improvements with the voice acting.
Characters: The characters are absolutely loveable. Eva is a strong female lead, and the supporting characters do an excellent job in diversifying the show. Along with their interesting values and attitudes, are the complicated and entertaining relationships they develop. Character development is also well paced.
Overall, this series is not one to pass on. Its unique look might discourage or bore you, but know that a great story awaits you beyond its simple appearance.

Anime Rating
7.9/10
948 users rated this.
Similar in these categories.