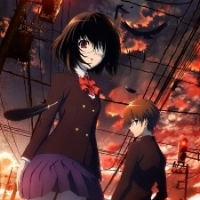 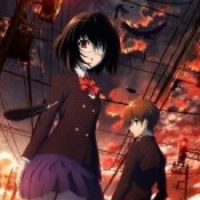 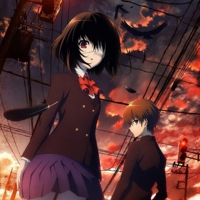 In 1972, 26 years ago, a very popular honor student named Misaki died partway through the school year in Yomiyama North Middle School’s class 3-3. The rest of the students, devastated by the unexpected loss, decided to carry on as if their classmate were still alive, going so far as to keep the desk in place and bringing it to the graduation ceremony. Yet no one could explain why their classmate, already dead and buried, was present on the graduation photo.Then, in the spring of 1998, a boy named Kouichi Sakakibara transfers to the class, and begins to grow suspicious of the fearful atmosphere permeating the class. In particular, he becomes fascinated with a mysterious, aloof girl with an eye patch who always sits alone, drawing pictures. A girl the rest of the class refuses to acknowledge. A girl named Misaki.