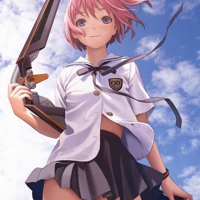 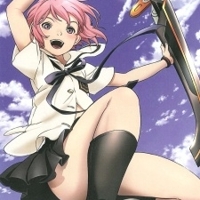 The story is set in a neo-futuristic age, in which Tokyo has turned into the world;s largest jungle polis hat absorbs carbon dioxide. A tower city called Atlas houses the rich and privileged, and is the object of yearning of all that are not allowed to enter. But Atlas also has ancient secrets which cause a sudden whirl of events. Festooned by colorful characters such as a riotous teenage girl, a child genius, a juvenile princess, a drag queen, a female doctor, an army major, and an elderly gentleman and lady, SHANGRI-LA’s hard-core world view plays out as an anime action saga.

A striking vision of Earth’s future from some of Japan’s foremost creative talents, SHANGRI-LA is a tale of greed and division vs. bravery and the human spirit. Set against the backdrop of a Tokyo cityscape turned into a teeming jungle by runaway global warming, with the elite living in the comfort of the tower city, Atlas, and the less-privileged masses struggling in the squalor in the jungle only one girl, Kuniko Hojo, and her band of guerrillas can find a way to preserve the future for everyone..

Anime Rating
7.5/10
148 users rated this.
Similar in these categories.