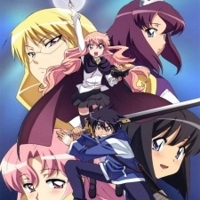 This sequel is a continuation of the previous season, not long after the war. Louise and Saito seemingly getting along now since she knows that he had given up his only chance to return to Tokyo for her. The story continues as Louise begins to use Void Magic from a mysterious secret book she had recieved from her majesty Henrietta, while a new villain has appeared in town causing trouble.