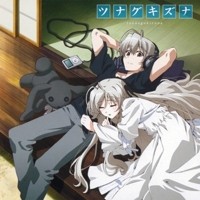 Yosuga no Sora (“Sky of Connection”) started out as a Japanese romance/drama adult visual novel developed by Sphere. The game was originally released for Windows PC on December 5, 2008. It was adapted into a serialized manga and a TV anime series. A sequel/fan disk titled Haruka na Sora was released later on October 24, 2009 which contains new and expanded scenarios for several characters from the original game.

Anime Rating
7.5/10
971 users rated this.
Similar in these categories.