Children of the Whales [TV] 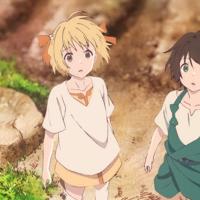 In the 93rd year of the Sentence of Sand, the world is covered by oceans of sand and 513 people live in isolation on the Mud Whale, an islandlike ship that is adrift on the sand. As he investigates an abandoned ship that has drifted up to the Mud Whale, Chakuo — the island’s archivist who is endowed with special powers — meets a mysterious girl named Rikosu. It marks the first time that an island inhabitant has made contact with someone from the outside world. Chakuro wonders if it is a sign that a new world awaits.

Anime Rating
9.5/10
2 users rated this.
Similar in these categories.