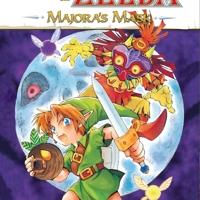 The Legend of Zelda: Majora’s Mask is a manga by Akira Himekawa loosely based on the story of Majora’s Mask. It was released in Japan in March 2001 and made available in English through Viz Media on February 3, 2009.

Manga Rating
9.3/10
61 users rated this.
Similar in these categories.