Greetings! This will be updated day by day as I’m free to add more and answer any questions that follow but, this thread exist to help expose Long time Pedophiles
Daggerfella (Admin)
Space Cadet - https://maiotaku.com/p/bob_loblaw

I’ll upload this over time and answer any questions others have. I was going to leave since quietly after I was finally able to escape my ex but letting these people get away with the sick shit theyve done doesn’t sit well with me, feel free to keep an eye here for uploads of examples of what they have been accused of! 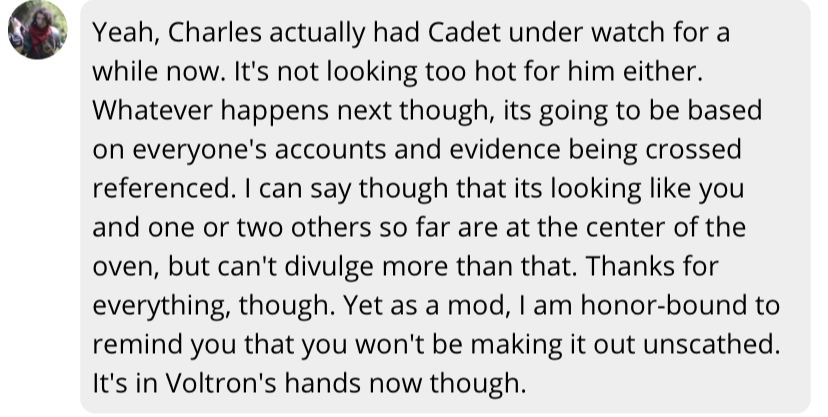 Honorable mention - Chocopyro!
Was a good friend but he was not only manipulated with ease, be completely went back on his word twice and got used!! He threw away his honor then Even lost power to someone who was also easily manipulated (Amrod - hopefully not a pedophile) 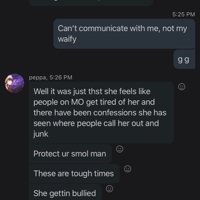 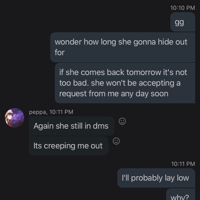 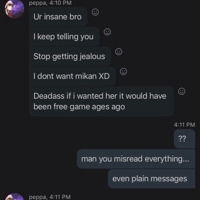 “Why do you say panda is obsessive”
I can upload literally a year worth of crap, this instance is a him going insane over a “joke” about him liking a girl who multiple people have stated he constantly makes jokes about
- ignoring her if she doesn’t rely to him
-wanting to be with her
- lewd things defending photos she’s sent him in the past and things he wants to do with her

“How do you know this for a fact? Aren’t you over thinking it?

Let alone him manipulating Charles_red, spreading things I’ve told him in confidence and twisting my words to try and cause trouble.

Imo fe will be uploaded in time, there was plenty on the site for all to see but the moderators
Amrod
Chocopyro
Thesailingteacup
Lamby
All seem to wanna feign ignorance.
Months of asking for help and other users witnessing the issues meant nothing orz 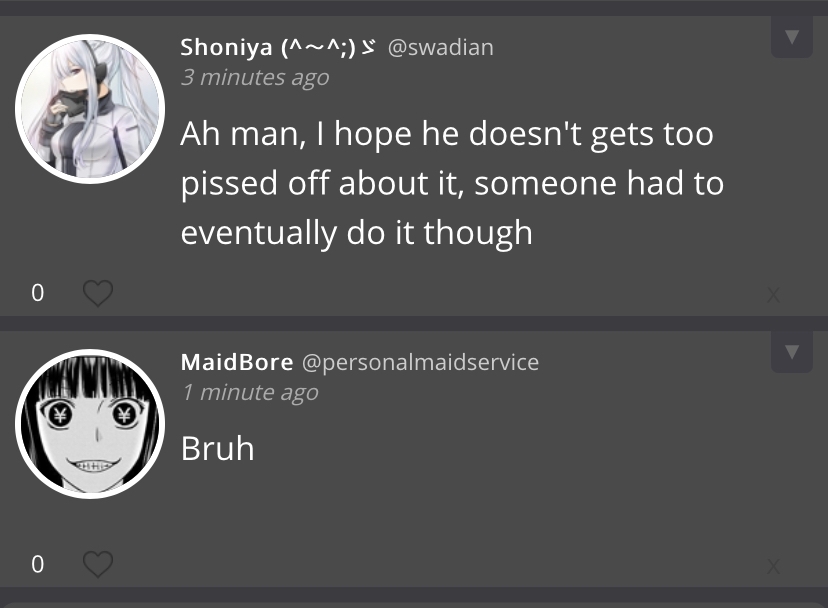 Honorable mention - Shionya!
-manipulating multiple people causing drama public to get them banned
-manipulating an underage girl he dated then spreading lies about her to look good himself
-taking advantage of others
- twisting words and spreading false information to smear others
- suffers from extreme paranoia and often lies compulsively