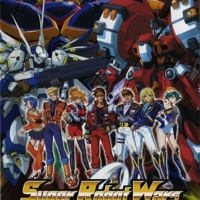 The future. Humankind, once driven to the brink of annihilation, has regrouped under the banner of the Earth Federation, which protects its citizens from the very real threat of alien invasion. Seeking to increase its defenses, the Earth Federation Army has continued development of Personal Troopers, a form of mobile weaponry used to combat the alien menace. But when the Bartoll, the latest and most advanced Personal Trooper, is unveiled to an eager public, something goes terribly wrong…