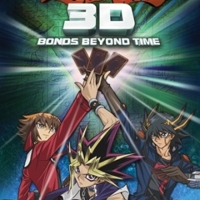 As Yusei Fudo ponders the state of New Domino City, Jack Atlas and Crow Hogan cheer him up with the idea of riding on their Duel Runners. As they ride, a mysterious Turbo Duelist called Paradox challenges Yusei to a duel. Yusei summons his Stardust Dragon but Paradox seals it inside a card and disappears with it. They later discover an article that shows a mysterious battle in the past of Venice, Italy that Aki knows didn’t happen in history before. Compounding the situation, New Domino City is vanishing. As a result, the Crimson Dragon appears, giving Yusei’s Duel Runner the ability to travel through time.