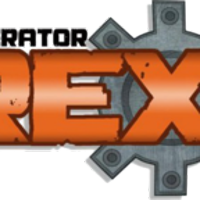 Five years prior to the series, a massive explosion released high concentrations of nanites into the atmosphere, infecting almost every living thing on Earth. These nanites may randomly activate inside their hosts, mutating the subject into a monster known as an E.V.O. (short for “Exponentially Variegated Organism”). Though some E.V.O.s retain human-level sanity, intelligence, and memory and are in full control of their special E.V.O. abilities, most transform into monster-like creatures and go violently berserk, causing widespread chaos and destruction. An international military-style organization known as Providence exists to combat the E.V.O. threat.Rex is a fifteen-year-old (sixteen, later on in the series) amnesiac teenager who is a permanent E.V.O. Unlike most E.V.O.s, he lacks any physical deformation but has forgotten his past. He is also able to control his active nanites, allowing him to manifest from his body a wide variety of various bio-mechanical abilities and powers. Rex has the unique ability to deactivate nanites inside other E.V.O.s, effectively curing them of their monstrous mutations and returning them to normal. Working for Providence under Agent Six, Rex uses his unique abilities to stop and cure rampant E.V.O.s. His archenemy, Van Kleiss, is an E.V.O. scientist who despises Providence and is connected to the original nanite explosion (which is noted as simply, “The Event” throughout the series.) His ultimate goal is to rule the world.