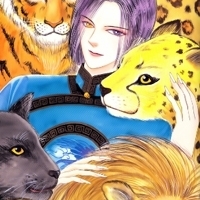 Count D" is the mysterious caretaker of a pet shop in Los Angeles Chinatown. Each of D’s rare pets, which all have strangely humanoid appearances, comes with a contract with three major points. These points differ for each animal sold (although each animal’s contract includes not showing it to anyone), and breaking this contract usually results in dire (and sometimes disturbing) consequences for the buyer, for which the pet shop claims no liability.

Individual chapters of Pet Shop of Horrors are often based on these consequences, and are each written as a stand-alone story, usually introducing one or more new characters in each chapter. With the exception of the main characters and their families, it is rare for a character to carry over to a later chapter, providing the series with a very episodic nature.

The detective Leon Orcot is used to tie the chapters together into an ongoing plot, usually in the form of a subplot within each chapter. Initially he suspects D of malicious criminal activity and using the pet shop as a front for drug trafficking. As the series progresses, he learns more about the pet shop and D himself, entering into a strange friendship of sorts with D as he works to uncover the truth.