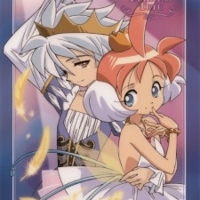 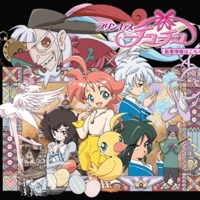 The story of Princess Tutu starts with a duck who fell in love with a prince and if she confess, she will turn into a speck of light. It is inspired by ballet and fairytales. Drosselmeyer, the writer who can make his stories come to life died before he could finish the story of Princess Tutu. The Prince and The Raven who was the one of the main characters got into an eternal battle. After many many years, the Raven managed to break out into the story and came to the real world.

The Prince Mytho, decided to pursuade him. In order to seal the Raven, he shattered his own heart with his own sword, causing him to lose all his memories and emotions.

Drosselmeyer had become a ghost and decided that the story must now end. Drosselmeyer added a new character named Princess Tutu. He finds it in a tiny yellow duck that has fallen in love with the prince. He asked the little duck if she wanted to bring the prince’s heart back to him. She agreed to take on the role of Princess Tutu.

She was given a red pendant by Drosselmeyer which enables her to transform into a girl.
Duck ak.a Ahiru awakes from a dream where she is a duck and she stares at Prince Mytho while he is dancing ballet. Duck discovers that her senior Mytho is inside that room. Because she was nervous seeing her prince, she trips accidentally but Mytho dives in to catch her but he ended up twisting his ankle in the proccess. Fakir, Mytho’s roommate showed to pick him up and discovered that Mytho sprained his ankle so he got very irritated at Duck and Mytho for helping people out. The next day, Duck was resolved to apologize to Mytho again and she finds him looking at the canary chicks beginning to fly. One of the chicks didn’t jump until a crow attempts to attack it. Mytho leaps to catch it successfully but he was falling.

On later episodes, the prima ballerina Rue is introduced. Duck is enrolled with Rue, Mytho, and Fakir in a ballet school. Duck is the most terrible dancer and was often scolded by their maestro, Mr. Cat.

One of the students, who’s an ant-eater who is insecure with Rue and is in love with Mytho challenges her for her to come into the special class. The ant eater has control over Mytho and chooses him to be his partner. As for Rue, she chose Duck to be her partner. The ant-eater is not all talk and can dance pretty well along with Mytho. With Rue’s elegance and leadership, they managed to win the duel.

Angry and defeated, the ant-eater was confronted by Duck and noticed that the pendant given to her was reacting from the ant-eater. A shard of Mytho’s heart was found by Duck and she transformed into Princess Tutu and asked to dance with Anteaterina but she refused.

Duck (Ahiru)
-Duck is the main protagonist of the anime. Because of her desire to return the heart shards to the prince, she is granted by Drosselmeyer by a red pendant for her to transform into a normal girl and then Princess Tutu. Duck is a very sweet girl yet clumsy. She always get in trouble because of her clumsiness. Her friends refer to her as a scatter brain.

Mytho
-Is the prince who lost his memories and emotions after he shattered his own heart with his sword. Even without emotions, he still managed to be a top dancer at their school and is popular with girls. He was like a doll being dragged by anyone and uses him like a tool. But because of Tutu’s help, he begins to regain emotions and memories again.

-He is the knight in the story. He protects Mytho. In the story that Drosselmeyer wrote, he was destined to die and get cut in half by the claws of the raven. It is revealed that he inherits Drosselmeyer’s power of giving life to anything he writes because he is his great-great-great grandson. Fakir appeared to be aggressive, unsocial, and cold at first. He is manipulative about Mytho because he calls it ‘’protection’’ he doesn’t want Mytho to regain his heart.

Rue
-is a special class student in the ballet school and is greatly admired by everyone including duck.
She calls herself as Mytho’s fiancée. Like Fakir, Rue doesn’t want Mytho to regain back his memories because he might hate her for having to serve her adoptive father, the Raven. Rue grew up believing that she is actually the Raven’s daughter but she was actually abducted by crows from her parents. Rue fell in love with Mytho because he saved her from the crows that picked on her. Like Tutu, she also has a princess ego known as Kraehe.

-Duck is originally a tiny yellow duck who was found by Drosselmeyer to portray as Princess Tutu. In her human form, she has pink hair and blue eyes with light skin and you can notice freckles on her face. She is usually seen wearing their school uniform and their ballet uniform.
Whenever she drops or removes her pendant, she instantly turns to her duck form.

-When she transforms into Tutu, she wears a white ballerina dress and her pendant becomes more detailed.

Mytho
-Mytho looks young but he is actually old and handsome. He has silver-white hair and amber eyes, sometimes seen wearing the school uniform or his loose white-sleeved shirt. When he regained his memories, he wore his prince-like attire.

Fakir
-He has long black hair and green eyes which appear smaller than Mytho’s. He is also seen wearing his school uniform and on different occations, he wears torn clothes and carries a sword around.

Rue
-Rue is a very beautiful girl with wavy dark hair and powerful red eyes. She is always seen with her school uniform unless she transforms into Kraehe. She wears a black ballerina dress with black feathers and a black tutu shoes.

*Why should you watch?

-Princess Tutu is not just about fairytales and magic; it also has great emotional impact. The character development of each character is very good and this show contains so much beauty and intense excitement.