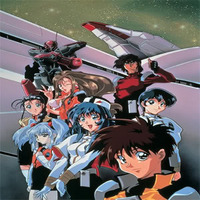 The Earth, the Moon, and our Martian Colonies are under alien attack and our space fleets are powerless to stop the invasion. Disgusted by the incompentence of the Terran military, the independent arms manufacturer Nergal builds its own space battle cruiser and launches a new offensive in a desperate attempt to save the Earth. Unfortunately, due to a shortage of trained military personnel, the crew is a little unorthodox…
With a reluctant assistant cook as a pilot, a ditsy general’s daughter in command, and the largest contingent of geeks, misfits and anime fans ever sent into orbit, the poor enemy Jovians won’t stand a chance!