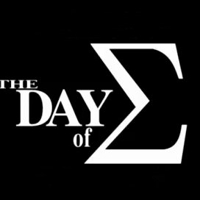 The OVA begins with an operation of the Maverick Hunters trying to stop the rampage of a berserk Mechaniloid that is devastating a building. While Sigma, Zero and the rest of the 17th Unit are already on the ground securing the area, X is dispatched from an aircraft via drop point and delivers the first blow at the Maverick Mechaniloid. During the course of the attack at the Mechaniloid, the berserk robot manages to get hold of one of the Hunters holding him in front of itself in order to protect its already open power generator. X aims for the generator, yet hesitates to fire because of the other Reploid in the way. As he can’t bring himself to shoot, Sigma takes action and uses his beamsaber to destroy the generator, cutting off one of the Reploids’ arms in the process, thus shutting the Mechaniloid down.

After the Mechaniloid is defeated, X is scolded by Chill Penguin because of hesitation, claiming there would have been many more casualties if Sigma hadn’t stopped the robot. Sigma himself then walks over to X, stating that X’s aiming capabilities aren’t any different from his own and that he easily could have destroyed the generator and there would have been only a small chance that the Reploid previously held hostage by the Mechaniloid would have been hit by the blast. He tells X that there are moments when Maverick Hunters cannot afford to hesitate in a dangerous situation and have to “pull the trigger” in order to save the many while endangering a few and that the Hunters have sworn to be both, sword and shield of those who are not capable of defending themselves.

Part Two – Hunter Base
The unit then returns to the Maverick Hunter HQ. As Zero and X walk inside the assembly hall, they hear two other Hunters talking about the current Maverick uprisings. X then asks what could cause someone to go Maverick and Zero explains that it’s due to program errors and shortcuts in the brain of a Reploid which causes someone to go Maverick, the Reploid’s unit processing power in general. At that moment, Vile, another member of the 17th Unit, is being brought down the corridor, cuffed and escorted by two Hunter Officers.

Sigma and Dr. Cain discussing the Maverick attacks as well as X’s powers.
In another part of the city, Sigma has come to visit Dr. Cain, reporting on this morning’s Maverick attack. After being asked how X is doing amongst the Hunters, Sigma explains that he shows tremendous potential on the battlefield, however it’s his worrying about others getting hurt that makes him hesitate when decisive action needs to be taken. Cain agrees, but states that it is his worrying which is also part of his potential and power. He explains to Sigma how he found X and how he utillized his blueprints to create the Reploids which can think and act on their own, yet X is the only one who worries about others, a problem that Sigma doesn’t have. For Cain, this ability of worrying could be a new connection between robots and humans, but it is at this point unknown whether this will have a good outcome or not.

Back at the Hunter Base, Zero is reconstructing the earlier situation in which X hesitated to attack via holo training. Rather than X, Zero takes point but hits the Reploid hostage instead of the Mechaniloid’s generator, resulting in a 95% success as he only missed the generator slightly. He is then visited by Storm Eagle. The two of them have a short chat about Eagle’s duty at the missile base before going back to the assembly hall in which the Operator is holding a briefing about the Mechaniloid attack and that it was most likely a hack attack caused by someone else. Actually, a Mechaniloid’s security program shouldn’t be so easy to hack, however the Operator states that there is a possibility that someone managed to crack the Hunter Base’s systems in order to gain access to the Mechaniloid programs. Afterwards, X and Zero are sent to another region of Abel City, from which one of the hack attacks was located.

Part Three – Investigation
At Abel City East, 16th Block, a quiet, dark and lonely area of the city, X and Zero investigate the origin of the hack attack, only to find a large number of destroyed Reploids inside the building. The rest of the 17th Unit shows up to investigate the crime scene and the computers there, however all traces have been wiped out, appearing to be an inside job. Sigma arrives as well, asking Zero about what he would make out of the situation. He explains that no matter who did it, the attacker must have had incredible combat skills as every hit the dead Reploids received was directed at a weak spot. Without commenting on Zero’s deduction, Sigma leaves and meets with Storm Eagle waiting outside. After nodding towards him, Eagle faces his men and orders them to search the area, as does Chill Penguin’s team, leaving Sigma alone at the scene.
Vile is released by Sigma
The next day, another berserk Mechaniloid is causing mayhem in Abel City. While the Hunters dispatch in order to stop it, Sigma visits the imprisoned Vile, as Vile asks whether Sigma came to “reprimand [Vile] in person.” At the same time, as X and Zero dash to the scene of the berserk Mechaniloid, they’re given the orders to return immediately as Vile has just escaped from his cell. Once they arrive, they find a similar scene like the evening before, a hallway full of destroyed Reploids and Zero states that this couldn’t have been Vile as he doesn’t have that kind of attack capabilities.

Part Four – Missile Base
Finally, the Hunters managed to track down the location of the hack attack, the Missile Base. Upon arriving, they find Sigma being there as well. In order to hide the signal, the perpetrator used the security systems of the missile base to gain control of the Mechaniloids. While checking the security terminals, Sigma walks towards Zero from behind, grabbing his saber from his waist. Immediately Zero is able to counter the upcoming attack. Sigma is impressed by Zero having it figured out by now and blocking his attack. Zero explains that only very few have the combat capabilities that precise to have taken out the dead Reploids found at the crime scenes this effectively.

Sigma grabs Zero and holds him in front of himself, using him as a shield while X is aiming at him. Sigma states that this is exactly the same situation as encountered by X before and again, X is hesitating. After taking out Zero with one swift slash of his saber, Sigma grabs the inattentive X, stating that he missed his last chance of stopping his scheme while picking a remote from his belt. After pressing a button on the remote, the bases entire content of missiles are being prepared to be launched, directed at Abel City. Blackmailing X into disarming, he throws him away, stating that evolution requires sacrifices to be made, before firing the missiles in front of a horrified X. As X tries desperately to stop Sigma, the missiles that have been launched devastate large parts of Abel City, one of them hitting Dr. Cain’s laboratory, seemingly vaporizing the old man.

X promises to use his power to fight for other people’s future
As X is being impaled by Sigma’s saber after trying to reach Sigma, he experiences a flashback from his time being constructed by Thomas Light. Light explains that he chose the name “X” for him because it represents a variable in maths which can stand for any number and thus unlimited capabilities. At a later point (X is nearly finished except for his Buster), Light states that X is just like humans, but he fears that mankind is not yet ready to accept an artificial being that is so much like a human, as well as fearing his unlimited potential. At the last part of the flashback (X is now complete), Dr. Light apologizes for not being able to see X enter the world because of his age. Upon saying that he gave X the power to think, feel and evolve as he moves on, he states that it is too soon for such a being to be released, while setting up the capsule X is laying in. X promises to use the powers given to him to fight for justice and hope which makes Light cry slightly. Pleased by X’s decision, he asks him to fight for the people of the future and guide them to peace before he seals X away.

When the flashback ends, X’s unlimited potential is supposedly unleashed for a moment as his energy crystal and left hand begin to glow. He manages to get free of Sigma’s hold before dashing at the Reploid, grabbing his face, giving Sigma his signature scars in the process. However, after this action, X seemly shuts down due to the enormous damage he has already taken. Pleased, Sigma comments on X’s action and his potential. The OVA closes with Zero regaining consciousness and bringing X back to the Hunter Base while Sigma stares at the devastated city.