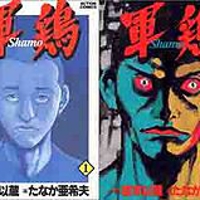 Shamo differs significantly from other seinen manga in that the story’s protagonist is actually an unrepentant and often unsympathetic criminal. Throughout the manga Ryo Narushima is depicted as being unrepentant for the murder of his parents and is shown committing crimes such as assault and rape. Though capable of redemption (as evidenced by his care-taking of his sister and various small charitable acts shown throughout the manga) ultimately Narushima is a Byronic hero spiraling into darkness, his chances at reform slowly ebbing away as he gives in to more and more of his depraved and brutal tendencies.

Manga Rating
8.8/10
12 users rated this.
Similar in these categories.