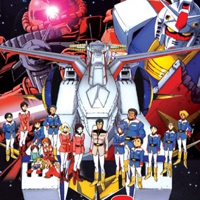 In the year 0079 of the Universal Century mankind has left from earth and live in many space colonies. When all was peaceful a family arose trying to take over and rule over the space colonies. This family is known as the Zabi family. They started a war against the federation which currently rule earth and the colonies. Thus the one year war was started. A teenager named Amuro will soon pilot the prototype mobile suit known as the GUNDAM that was created by the federation. Once he pilot’s the GUNDAM, he will fight for humanities sake on earth and fight the Zabi family with the federation.