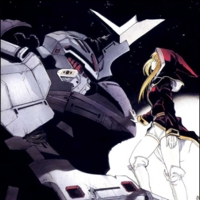 The story is centered around a young man named Rygart Arrow, an ‘un-sorcerer’ born into a world where people can use ‘magic’. This magic is the ability to control and empower quartz, doing many things from creating light to operating machinery to riding giant mecha called ‘Golems’. Rygart, however, is one of the few exceptions; he cannot utilize quartz, making many aspects of life difficult as well as being looked down upon by the rest of society. Despite this ‘limitation’, in his youth he managed to befriend Hodr and Sigyn, the future King and Queen of the Krisna Kingdom and Zess, the younger brother of the Secretary of War of the Athens Commonwealth.
Years later, Rygart is reunited with Hodr and Sigyn where he learns the Athens Commonwealth has begun an invasion of Krisna. Rygart is also shocked to learn that their old friend, Zess, is leading one of the strike forces. While at the capital, Rygart discovers that he has the ability to pilot a recently discovered ancient golem which cannot be piloted by magic users. Despite its ancient origins, the golem possesses capabilities and systems far more advanced than any modern golem, and could be key to turning the tide of battle. While hesitant at first, Rygart soon gets involved in the war between Krisna and Athens, in an attempt to save Hodr and Sigyn, and Zess. (wiki)