On the Way to a Smile - Episode: Denzel [OVA] 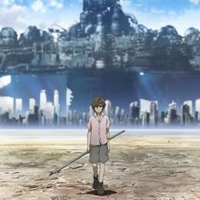 Anime Rating
7.3/10
85 users rated this.
Similar in these categories.