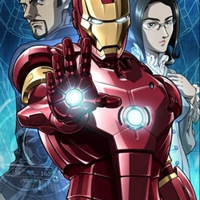 Tony Stark goes to Japan to produce a new arc station and showcase the Iron Man Dio, a new prototype armor, that will replace him when he retires. However, the Iron Man Dio goes out of control and it is up to Tony as Iron Man to stop it along with an organization called the Zodiac. Iron Man even gain an ally in JSDF operative Captain Nagato Sakurai piloting the Ramon Zero armor that his military group made for him. Iron Man soon discovers that an old friend that he thought was dead upon his first time as Iron Man is alive and is operating the Iron Man Dio armor for the Zodiac’s goals.