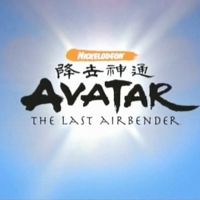 In a lost age the world is divided into four equal powers: Water Tribe, Earth Kingdom, Fire Nation, and Air Nomads. In each nation there’s a group of gifted people known as Benders who have the ability to manipulate their native element using martial arts and elemental magic. For thousands of years the nations lived together peacefully. But then disaster struck. The young ruler of the Fire Nation, Fire Lord Sozin, began a war of world conquest. The only one who could have prevented it was the Avatar. The Avatar is the human incarnation of the Spirit of the World, he alone can master bending all four elements. But, just when he was needed most, he disappeared. Now, 100 years later, a young Waterbender named Katara and her older brother Sokka stumble upon the long lost Avatar, Aang, who was encased in an iceberg for 100 years. Now, they must help Aang master all four elements before summer when Sozin’s grandson Fire Lord Ozai will use a comet to deal one last deadly strike against the other nations and claim a Fire Nation victory. But, all that is easier said than done with the Fire Lord’s determined and hot-tempered son, Prince Zuko, hot on their trail.

kiosu_batsu @kiosu_batsu commented on Avatar: The Last Airbender [TV]
kiosu_batsu @kiosu_batsu
Jul 04, 21 at 6:04pm
You know, during my time trying to date on Okcupid, a lady ask me if I liked Avatar the Last airbender and I said yes and she ghosted me entirely to fast, that I can help but talk about it repeatedly because the shit is funny... lol