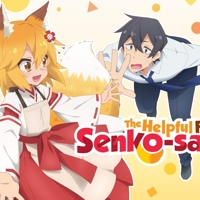 The Helpful Fox Senko-san is a Japanese comedy manga series by Rimukoro. It has been serialized online via Kadokawa Shoten’s Comic Newtype website since October 2017 and has been collected in five tankōbon volumes. An anime television series adaptation by Doga Kobo aired from April 10 to June 26, 2019.