that time I got reincarnated as a slime [TV] 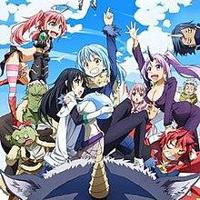 Satoru Mikami, an average 37 year old office worker from Tokyo with no girlfriend, was asked for marriage advice by Tamura. After meeting him and his partner Miho on the street, he is stabbed to death by a passing robber. He is reincarnated in another world as a slime with the ability to devour other creatures and obtain their abilities after making some requests during his death. Upon making friends with the dragon Veldora, the slime, now known as Rimuru Tempest, embarks on a journey to find a way to free Veldora from his seal, encountering many different races along the way.