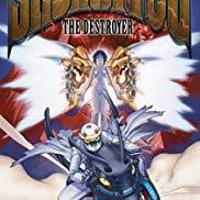 Sadamitsu used to be a typical delinquent, doling out justice as part of the Corpse Gang. That is, until he finds himself in the middle of a battle between a robot from space and an alien, inadvertently crippling the robot in the process! The robot is one of the good guys from another world, out to apprehend the 20 million galactic criminals that are on their way to Earth – and now that only its head remains intact, it’s up to Sadamitsu to take on the challenge. While donning the head of the robot – which Sadamitsu names Junk – the boy transforms into a powerful fighter capable of taking down the invaders. With Junk’s guidance, Sadamitsu helps fulfill his new role – but with the arrival of a powerful enforcer known as the Vulture, his task won’t be easy…