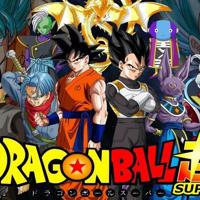 The Dragon Ball Super manga picks up the story of Goku and his adventures following the defeat of Majin Buu, but prior to the final chapters involving the 28th World Martial Arts Tournament. While an adaptation of Toriyama’s outline, it has many storyline differences when compared to the two most-recent Dragon Ball Z movies and the Dragon Ball Super anime.